​​​​​​Narrated by the teenage girl who lived it, Closet Full of Coke tells the true story of how a New York suburban fifteen-year-old girl's savvy and wit helps turn the small-time drug business of Armando, a Colombian drug dealer, into a large cocaine operation that puts them on the DEA's Wanted List.

My first memoir is about drug dealers. It's written in the voice and perspective of a teenage girl. As a teen in the 1980s, I lived in a hidden suburban subculture. I spent my days raking in the cocaine bucks for my dapper, thirtysomething Columbian boyfriend. I spent my nights dancing at a disco and drinking heavily.

Most dealers live like chameleons, hiding in plain sight, but with America's huge drug habit they are ubiquitous. Drug dealers have a surprisingly interesting ethos unknown to outsiders. They live by elaborate rules and codes and use an intricate methodology to conduct business. They are far more organized than people imagine, and they see themselves as business people and entrepreneurs. Serious dealers who want success don’t use drugs, and they deal to other dealers, not to users.

The book is written as a diary in a novel style.

A Diary of a Teenage Drug Queen 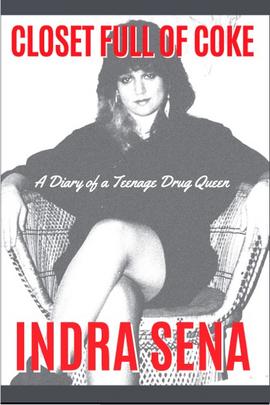